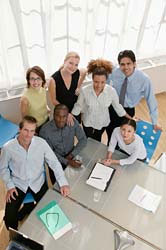 Our success in business is based on four core points; we are value based, we care for people, we are customer focused, we are rooted in reality.

At Tollfreenumber.org we strive to provide the best service.

September, 10 2017 — Tollfreenumber.ORG is actively updating their website to reflect a new design for bringing in 2018 which will be known as the year of progress.

May, 5 2017 — Our Toll Free Number Organization is officially 17 years old now – started in 1999 we still strive to provide the best services.

September, 11 2016 — All toll-free numbers are free today in remembrance of the 15th anniversary of the 9/11 attacks in America.

May, 28 2016 — Our Toll Free Number Organization is officially 16 years old now – started in 1999 we still strive to provide the best services.

October, 23 2015 — We are voting on this years EXCELLENCE AWARDS, please let us know if you know of any companies that you think are EXCELLENT.

June, 1 2013 — Singapore – Toll-free 844 numbers to be released in the USA by the end of year.  TollfreeNumber.ORG will begin offering this service in November.

Oct, 10st 2012 — Will Obama have a leg up on Romney with his strategic use of a toll-free number?

May, 29th 2008 — Our Toll Free Number Organization is officially 9 years old. Assisting the public for 9 years.

July 4th, 2007 — Tollfreenumber.ORG is having an Independence day sale – One day only.

May 17th, 2007 — A number of Tollfreenumber.ORG customers are being featured in trade publications – Toll-Free Number associated with business success.

January 1st, 2007 — The winter cool is heating up online toll-free lookups. It looks like everybody is staying home, looking for toll free numbers.

December 12th, 2006 — Tollfreenumber.ORG is ending the year with a BANG! We’ll be announcing our best year ever.

October 10th, 2006 — October is casting no shadows on this quarters New Toll Free Reservations now averaging over 5000 per day.

June 15th 2006 — Job News – Tollfreenumber.ORG is on a hiring spree this quarter with hopes to double the staffing in their California call center.

October 1st, 2004 — Getting Your Small Business a Toll Free Number Just Got a Lot Cheaper.

March 1st, 2002 — The Toll Free Number Organization commissions research agency to cut prices in half over the next 5 years.

Before 1999 — The process began. [announcements have been archived]