You are here:  Home » News » Will Obama have a leg up on Romney with his strategic use of a toll-free number?

Will Obama have a leg up on Romney with his strategic use of a toll-free number?

Posted by Tollfreenumber.ORG  at October 18th, 2012 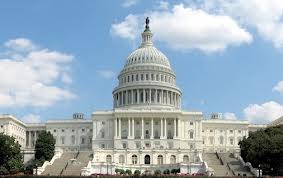 Though it may be surprising to some, when conducting research on contact information for the presidential candidates, it was discovered that Mitt Romney does not have a toll free number. However, President Barack Obama does have a toll free number that his supporters and volunteers are able to call free of charge. This inevitably brings about the question: does Obama have a leg up on Romney with his strategic use of an 800 toll free number?

How a toll free number may give Obama an edge in the polls.

Though toll free numbers have often been used by businesses as an effective marketing tool, as well as for customer service enhancement purposes, having a toll free number during the presidential election campaign is undoubtedly bringing Obama a variety of benefits that could help him to win in November. Firstly, his supporters now have a direct and personal way to get in contact with his campaign offices and to express their opinions and concerns. Not only does this let voters know that Obama cares enough to provide them with a toll free method of contact, but it also clues them in on the fact that Obama want their voices to be heard. In addition, people can call the toll free number to volunteer for the campaign, which ensures that Obama will have an increased presence in the public thanks to a toll free number. Overall, the fact that Barack Obama has chosen to get a toll free number for this election campaign may be making a significant impact on the poll numbers and may very well be the thing that boosts his percentage points when November rolls around. An important note to mention is that supporters are able to donate to his campaign directly through the toll free number as well.

The Proof is in the polls.

Taking a close look at Gallop poll numbers in recent months may give you a good indication of how effective toll free numbers truly are. It’s true that policy, debates and a variety of other issues play a vital role in the poll numbers, but we would be remiss if we didn’t include having a toll free number as a contributing factor for Obama’s lead in the general election Gallop polls in past months. If you take a closer look at the polls in recent months, you’ll discover that Obama’s lead has, in general, steadily increased. In the beginning of June he held a 1% lead, the beginning of August brought about a 2% lead, and in September he held a 5% lead over Romney. Chances are that the fact that Obama has a toll free number for volunteers and supporters to contact his campaign offices directly has attributed to his edge in the polls.

If you own a business or are interested in making money with a toll free number, TollfreeNumber.ORG is your all-in-one resource for toll free numbers that can boost business and enhance your marketing efforts, as well as provide you with a variety of other benefits.